When Chris Bosh was a freshman in high school, he distinctly remembers winning a tournament MVP award. “I was so proud” he recalls, “and then, as I was walking off the court, one of the players said, “Why don’t you give that trophy to someone who deserves it?” I can remember during that time in my life, there were so many people who wanted to put their two cents in. They would tell me I would never be a good player. But why wouldn’t players support one another? Why would you tell someone that they couldn’t do something, instead of encouraging them?”

By the time Bosh was a senior, he had erased any doubt about his potential. He led Lincoln High School to a perfect 40–0 season and a Texas state championship. The team even reached the number one ranking in the country in various polls. In the final game, Bosh put 23 points, 17 rebounds and nine blocks. “I was going up against some of those same guys,” Bosh says. “ I was a much more mature player. I remembered everything they said about me. And I couldn’t wait to rub it in their faces.”

Bosh tells the story only as an analogy to what his life has been like as a member of the Miami Heat. He already had a stellar resume. He was drafted fourth overall in the 2003 draft by the Toronto Raptors. Just out of the reach of Pat Riley and the Miami Heat, who had the fifth pick. (They settled for Dwyane wade.)

By the time he had joined Miami, Bosh already had seven years of service in the league-five as an All-star. He was the face of the Toronto franchise and served as an exemplary player on and off the court. He was a member of the 2008 US Olympics Gold Medal-winning team. But the day he announced he was heading to Miami, everything changed.

“All of our lives changed forever,” Bosh says “Choosing to be teammates with Dwyane (Wade) and Lebron (James), I don’t think we ever could have imagined the intensity of it. I thought I had played in bug games; I had no idea how different it would be.’’

“Look at the rules now,’’ Bosh says “They’ve tried to take that power away after we noticed it was there and used it-the idea that three stars could put winning first and push egos to the side for a common goal.” Does Bosh consider himself a pioneer for playing a part in executing such a successful strategy? “I do,” he says., “but it’s a funny thing about being a pioneer. No one likes it off the bat. It usually takes a while before people understand things and appreciate them for they are.”

Suddenly, the Heat were the team that fans loved to hate. The first year in Miami was a crucible of pressure for everyone involved, including their brand new coach Erik Spoelstra. There were times when self-doubt crept into the locker room. It felt as if the world was routing against what should have been, at the very least, a worthy experiment-three stars trying to push individual stats and achievements aside to become a team.

“I learned so much about myself,” Bosh says. “When you get to a certain part of the season, you’re trying to overcome difficult things. You start fighting against yourself. You’re fighting the voice in your head. You must start to doubt yourself. You have to learn how to deal with it. Its been a continuous learning process that has not only made me a better player, but it’s made me more comfortable going through life by being myself.”

As in high school, Bosh was looking forward to winning a championship that first season and exercising the demons of criticism. The team made it to the finals, then fell just short to the Dallas Mavericks in six games. Bosh wept openly on the worldwide broadcast in the hallway nearest the court. What should have been the highest point of his life became the lowest.

“I thought losing in the state championships was the worst. It wasn’t even close. It was so difficult having so many people rooting against us. People were attacking us personally and as a team.”

The attacks were ruthless. Bosh and James were painted in the media as players who couldn’t win on their own. Even though all three stars left money on the table to come together, and likely shaved down their individual statistics to co-exist on the floor at the same time, they were portrayed as greedy and selfish. They relied on each other when the going got tough, but losing on such a big stage seemed too much to take.

“We were so excited to get to that point, to not come through and win, it felt as if life wasn’t fair,” Bosh remembers. “In the long run, it was probably the best thing that could have happened. When I got here, I thought we were going to win for sure. When we realized how difficult it was going to be to win a championship, it made us all stronger.”

Bosh, an avid reader, turned to motivational books among other volumes in his collection for spiritual comfort. His wife gave birth to his son, Jackson. There were long conversations among The Big Three and their teammates to recommit to what they started. In 2012, they defeated Oklahoma City for the NBA Championship. Last season, down three games to two, they launched an improbable comeback to win Game Six and won the Championship again in Game Seven.

Within the Miami Heat’s Hall of Championship resides a photo from that classic Game Six comeback in the 2013 Finals. In that game, Ray Allan made a three-point shot with 5.2 seconds left in the fourth quarter to force overtime against the San Antonio Spurs. But the photo is not of Allen’s memorable shot-it’s a photo of Bosh rebounding a missed Lebron James shot before passing the ball out to Allen for the game-tying three pointer.

“We’ve immersed ourselves in the team concept,” Bosh say’s of the Heat culture. The team comes first. It’s taken so much to get here. We’ve endured so much pain. We’ve accomplished this together. Sometimes it’s a guy hitting a winning shot. Sometimes it’s a guy who sets a perfect screen to get the guy open. Sometimes it’s the guy who got the rebound to get to the open guy. We don’t care who gets the credit.”

After winning his second championship this past summer, Bosh immediately took his family on the road. The summer is short for champions, “If I go right home,” he says, “days pass with me just sitting around. I don’t want to waste any time”

To satisfy his intellectual curiosity, Bosh enjoys visiting faraway cultures. This year, his wife Adrianna and son, Jackson, traveled to Mallorca, Spain and Marrakesh, Morocco. Even in Morocco, Bosh was easily recognized. “People will always stop me because of my height, but after winning the championship, its hard to find a country where they don’t know who I am. There are places I will go, places like China, India, where the only English people can speak to me is my name.”

As a father, Bosh has found a new support system outside of his teammates, the guys he’s relied on throughout the criticism , the losses, the victories. “My home is now my refuge,” he says. “When basketball is over, I go home to my wife and kids, and all they want from me is a smile on my face. Despite all of this, learning to be a ad has been an incredible experience. I wouldn’t have wanted it any other way. And my son, he’s already charming. And very headstrong. He wants to do everything himself.

And someday, when Jackson Bosh grows up, he will hear the tale of how a headstrong young man joined two friends to conquer a do-it-yourself culture. Together the formed a bond that withstood a world of criticism and constant self-doubt. They saw the basketball world in a way that others had never imaged it before and put their egos aside. And they changed the history of a sport forever. 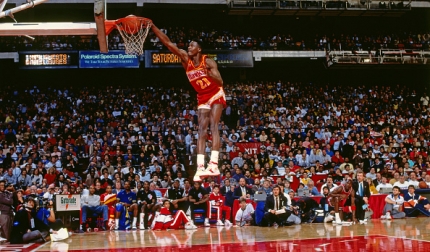 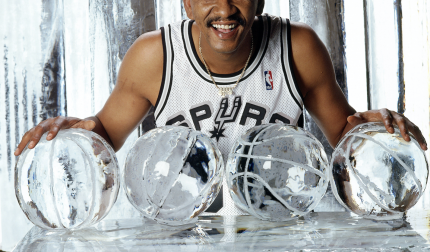