The transition for a player to retirement can be depressing. As a player, you are so used to your team needing you, that when you stop playing, it’s easy to feel unneeded. Even though my husband, Jorge, knew he was ready to stop playing professional baseball, as a family, we made sure he knew he was needed at home.

An athlete’s life is one of routine. You eat certain things at certain times. You go to the ballpark and warm up. You play the game. You do your interviews and get changed. You eat, go to sleep and do it all again tomorrow.  Having a routine is critical in retirement.

For Jorge, that routine begins with taking the kids to school and picking them up. He did it every day this spring while he was home, and the kids loved it. He also made sure to continue working out. At first, he would go to the gym by himself and it wasn’t fun. But soon he found friends there and they began training together. They started pushing each other to get better. It made all the difference for him.

It’s also important to explore the things in life you haven’t had the chance to do during your playing days. For Jorge, part of that has been his new passion—his boat. He takes the boat out almost every day and has learned the skills he needs to be a good captain. We’re also going to the Olympics as a family to experience that for the first time. We’re excited to watch other athletes perform at their best—the men’s basketball team, the women’s gymnastics team, and the greatest tennis players in the world.

We didn’t take anything for granted during the first year. It was the first time as a family that we got to spend the Fourth of July together and watch fireworks, without Jorge having to travel. He was able to be at our daughter’s birthday without having to rush away to fulfill his work obligations.

I know that he probably misses the camaraderie of the clubhouse and some of his close friends on the team. He still follows them on TV from time to time and in the box scores. But he also appreciates every day as a new opportunity to try something different. We all do as a family. Last week, Jorge and I went to our first yoga class together. We even had a competition to see who could be the first to do a handstand!

Nothing lasts forever. Certainly your pro career will not. A freak injury can take it away from you at any time. But it’s no reason to stop living. It’s a good reason to start living. 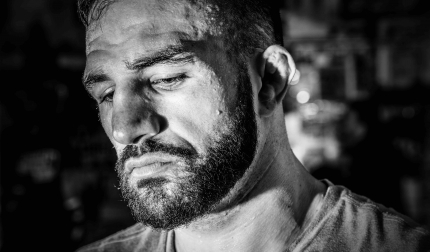 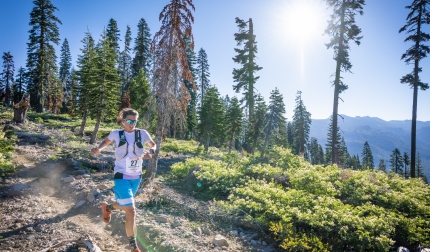 Going the Distance Courtney Dauwalter can run farther than you... and everyone else

09.03.2015 at 8:11 pm|Athletes
You Can't Keep a Good Man Down For 18 years, Emanuel Augustus traveled the world on a few days notice to fight the best boxers in the world. Then a stray bullet left him fighting for his life.
12.03.2014 at 2:07 pm|Athletes
Skin Deep Sacramento Kings guard Ben McLemore tells the incredible story of his life through his tattoos
05.24.2013 at 8:24 am|Fashion
Sabina Gadecki The girlfriend of Golden State Warrior David Lee explains how acting is a lot like the NBA
05.03.2013 at 11:31 am|Athletes
Martina Hingis The five-time Grand Slam singles champion designs a line of tennis clothing fit for a champion

04.06.2013 at 3:55 pm|Athletes
Aly Raisman The captain of Team USA’s Gold Medal Gymnastics team isn’t ready to take a break.
11.26.2013 at 11:53 am|Athletes
Jeremy Affeldt The two-time World Champion San Francisco Giant has a much loftier goal—to help end world poverty one person at a time
05.13.2013 at 11:33 am|Athletes
Mike and Martellus Bennett One is the silent type. The other is a quote machine. Together, they make quite a team
12.09.2013 at 8:53 am|Athletes
Danny Green With a record-breaking performance in the NBA Finals, the San Antonio Spurs guard is ready for primetime