Editor's note: After completion of this feature, Marian Gaborik became a member of the Columbus Blue Jackets.

At last year’s NHL All Star Game, Marian Gaborik reminded people why he’s one of hockey’s very best. After giving his New York Rangers teammate Henrik Lundqvist grief for not picking him to be on his team, Gaborik went out and scored two quick first period goals on Lundqvist, a strong candidate himself for this season’s Hart Trophy. After the second goal, Lundqvist, who was wearing a microphone for the game, said, “There’s been a lot of trash talk, but it feels like it’s game over already.” With a third goal and an assist, Gaborik was named the game’s MVP.
You would think that a player of Gaborik’s stature, an elite player in New York City who is leading a Ranger renaissance, would carry with him all the trappings of stardom. “When you’re playing well in New York, it’s amazing,” Gaborik says. But instead, he shows up to his AQ photo shoot without an entourage or a team of handlers. He comes via taxi, impeccably dressed in a custom made suit, a friend in tow just to keep him company. And rather than talking about his achievements on the ice, the ice he wants to talk about is back home in Trenčín, Slovakia.
Gaborik went back to Trenčín in 2005 and used his own money to build a hockey rink for local kids to play year round. “When I was growing up,” he says, “kids always had to fight for ice time. Hockey is still my country’s most popular sport by far. My mom and dad would have to get up really early and drive me to the rink. I wanted there to be more rinks so that more kids would have a chance to play and follow their dreams.”
As a kid, Gaborik would do anything for extra ice time, often playing on the ponds near home once they froze over. His dad would even make ice outside the house by hosing down the ground and letting it freeze overnight. Gaborik’s foundation tries to make it easier on kids and parents by helping them get the equipment, ice time and coaching they need. “When you’re a kid, you grow out of skates pretty quickly,” he says. “It’s tough on parents to have to keep buying new skates, let alone all the other equipment.”
Gaborik’s love for kids has propelled him to get involved here in the US as well. He is part of the campaign “Who do you play for?” organized by the Children’s Cancer Research Fund. A young boy in Minnesota named Jack who was diagnosed with an inoperable brain tumor when he was three months old inspired Gaborik to become involved. Now an active preschooler, Jack has formed a bond with Gaborik, a former member of the Minnesota Wild, who makes it a point to visit Jack and his family every time the Rangers play in Minnesota.
In the summer, Gaborik will head back home to the kids, many of whom can’t wait for the season to end to get back on the ice with him.  When his playing days are over, Gaborik will likely spent most of his days at the local rink, teaching kids the finer points of the game, or in some instances, how to stay up on their new skates. “It’s fun,” he says, “especially the little kids that can barely stand on their skates. Just to watch them learn so fast, it’s a great feeling. You don’t want it to end.” 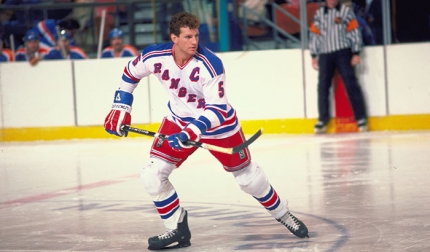 Barry Beck How did a former NHL All-Star and tough guy become head coach of the Hong Kong national hockey team? Read on. 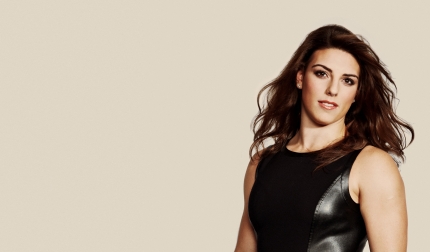 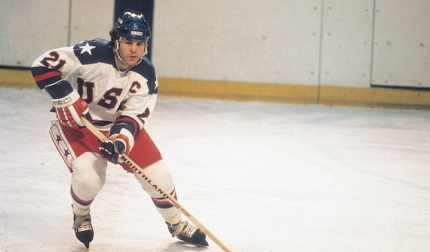 Mike Eruzione Team USA’s "Miracle on Ice" captain on winning the greatest hockey game ever and going out on top.