To be five-foot-nine and 150 pounds and be willing to put yourself in the way of flying elbows, cleats and sometimes a skull or two, requires an elite level of fearlessness. As the captain of the New York Red Bulls, Dax McCarty doesn’t shy away from the physical requirements of being an elite defensive midfielder in Major League Soccer. In fact, it’s the way he’s always played the game. And he is very clear on why he developed such courage. “When my dad finished college,” McCarty says, “he joined the Navy and became a Top Gun pilot. He’s also a cancer survivor. You can’t do things like that unless you have a lot of desire and fearlessness inside of you.”

The endless summer days in Winter Park, Florida were where McCarty’s parents, Dart and Cynthia McCarty, encouraged their sons Dax and Dustin to develop their competitive natures. “Mom was a really good tennis player,” McCarty says. “And Dad played every sport under the sun except for soccer. He grew up in rural Missouri and they just didn’t have soccer there. When we saw the World Cup games in Orlando in 1994, we were hooked. My dad saw that my brother and I loved soccer more than anything else, so he taught himself the game and became our coach. There are still things he taught me that I use to this day.”

Dart McCarty was such a novice to the game his kids loves that he would at first dress young Dax for games with his shin guards outside of his socks, the way a baseball catcher would wear them. But Dart studied the game and always with love, ingrained a toughness in his boys that they would take to the field with them. When Dax became a teenager, Dart would teach him how to shield defenders from the ball, often pushing him off the ball and to the ground. He would explain to his son that he shouldn’t expect the referee to give him a favorable call. Once Dax accidentally elbowed Dart in the mouth drawing blood during the drill. While Dax apologized profusely, Dart stole the ball. “Let that be a lesson for you,” Dart told Dax.

The McCarty’s home would soon become a field of its own. “In our house, we had a soccer field that kind of presented itself,” Dax says. “It extended from the front door, through our entry way, through the living room out to the back door that leads to the yard. We weren’t allowed to use a ball, so we used a miniature pillow. We broke a lot of things along the way—lamps, mom’s flower pots, even ourselves. My brother slid into the corner of the stairway and split himself open. That required a trip to the hospital. My parents weren’t too happy about that.”

But by the time Dax reached high school, soccer became the clear path for him. “People always ask what I would have done if I hadn’t become a soccer player. The truth is that’s what I always wanted to be. I didn’t know if I would have the ability, but once I got to high school, I dedicated myself to it. When they would ask me in school what I wanted to do, I would always say that I wanted to be a professional soccer player. I was going to do everything I could to pursue my dream.” 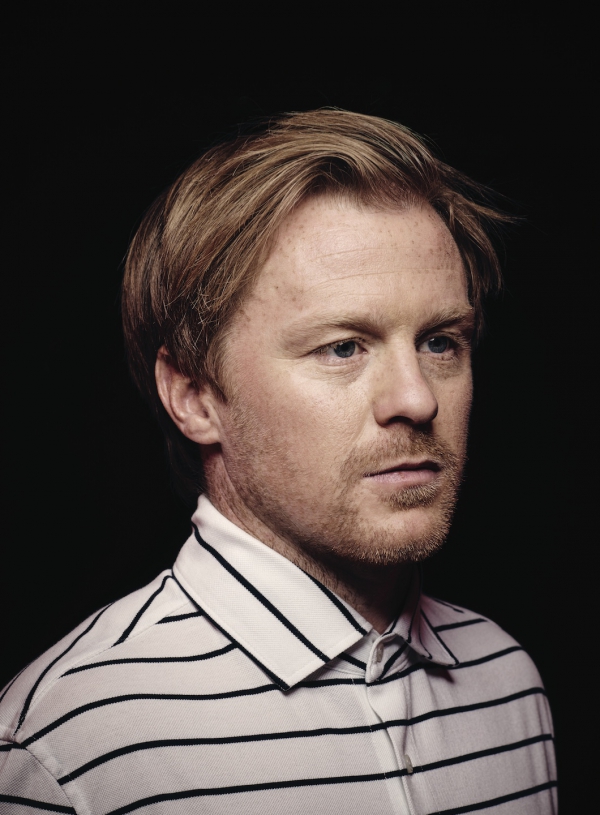 Dax would go to the soccer academy in Bradenton, where he was able to finish high school in three years. He made the US under-17 national team. He decided to attend the University of North Carolina, where he was a freshman at age 17. After his sophomore year, he was told he had the opportunity to turn pro and receive a Generation Adidas contract. The contract would allow him to return to school with some funding if he didn’t last in professional soccer. “It was like someone telling you that you can live your dream right now,” he says. “For me, it was a no brainer.”

McCarty was drafted by FC Dallas and soon realized that pro soccer would be a completely different world. “Up until then, I had it easy. I was always small, but no one was ever really that much stronger or faster than me. I made every team I tried out for. Now, I’m playing for a coach that liked to play veteran guys. That first season, I only played two games, for maybe ten minutes total. Doubt starts to creep in—doubts about your ability, doubts about your decisions, doubts about leaving college. But in hindsight, that year was invaluable to me. It helped me strengthen my mindset. I realized pretty quickly that nothing was going to be given to me. I had to earn it.”

In his five years at Dallas, the team continued to improve and even made a run at an MLS Cup. When they fell short, the team was broken up and Dax was traded to DC United. “At first, it’s a shock to get traded,” he says. “You make so many friends, it’s all you know as a professional, and now you are gone. But DC United had a great fan base, a tradition of being competitive, and suddenly, it was an exciting opportunity.”

In his first year, McCarty was made captain of the team. He was told that the organization was going to build around him and some of the younger players on the roster. But after only a few months, he was told he was being traded to the New York Red Bulls.

“It was a punch to the gut,” he says. “I thought I was going to be part of a youth movement in DC. Then I was traded for a 32-year-old player. It was an eye-opening experience.” 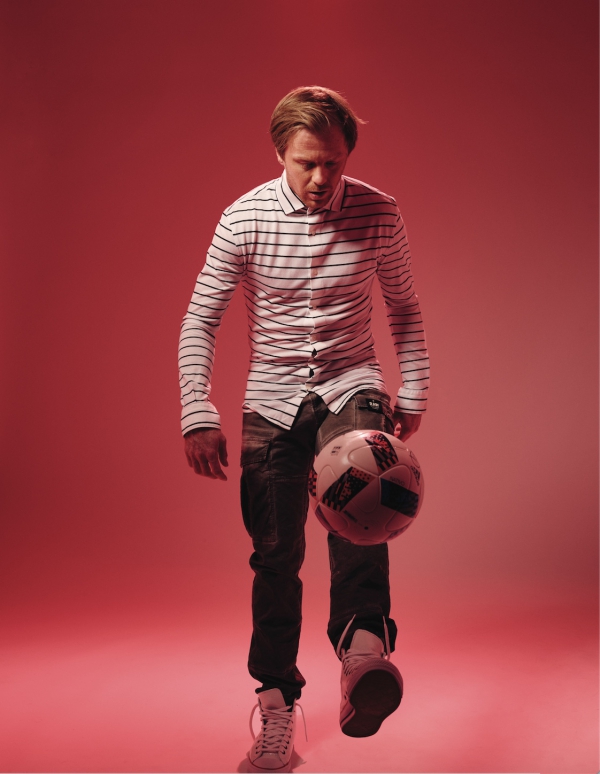 With the New York Red Bulls, it was then coach Hans Backe who had an idea that would change McCarty’s career. “Coach Backe suggested that I play defensive midfielder. He wanted me to put myself right in front of the backline, to be the outlet when we start our attack and to break up plays on defense. It was a seminal moment in my career, because it was something that I became pretty good at. It brought out the best in me.”

Though he had six years of experience in the league at the time, McCarty was only 23. He was able to learn from a veteran like Thierry Henry who had battled in soccer’s elite leagues throughout his entire career. When Henry retired at the end of the 2014 season, the captaincy was passed down to McCarty.

“That year, it seemed like a lot of the old guard left the team—Henry, Tim Cahill, Jameson Olave,” Dax says. “The team was moving towards younger drafted and homegrown players.”

With McCarty as captain, and an infusion of young blood on the roster, the Red Bulls made 2015 one of their successful seasons to date, winning the Supporter Shield for the team with the most regular season points. The Red Bulls defeated DC United in the playoffs, before falling short to the Columbus Crew in the MLS Conference Finals.

McCarty hopes the experience helped boost the confidence of the young players who hope to make another run at the MLS Cup this year. “It’s hard to believe I’ve now been in the MLS for more than half of its existence,” McCarty says of his 11th season in the 20-year-old league. “It’s evolved so much. Everything has gotten better—the players, the coaches, the stadiums, the ratings. I hope to play another ten years if my body holds up. I’ve never wanted to do anything else.” 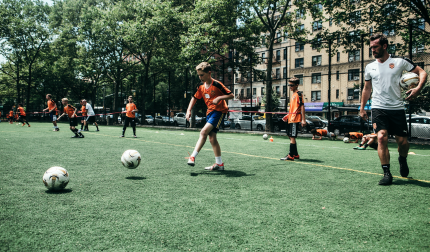 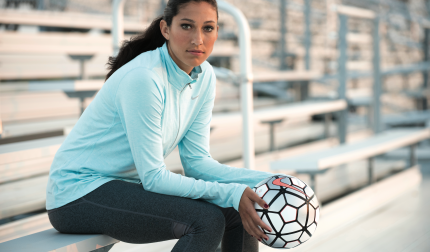 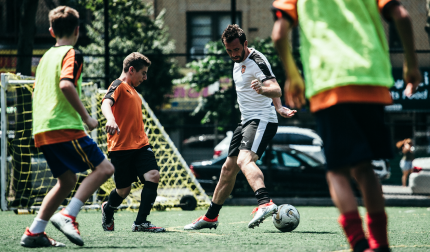